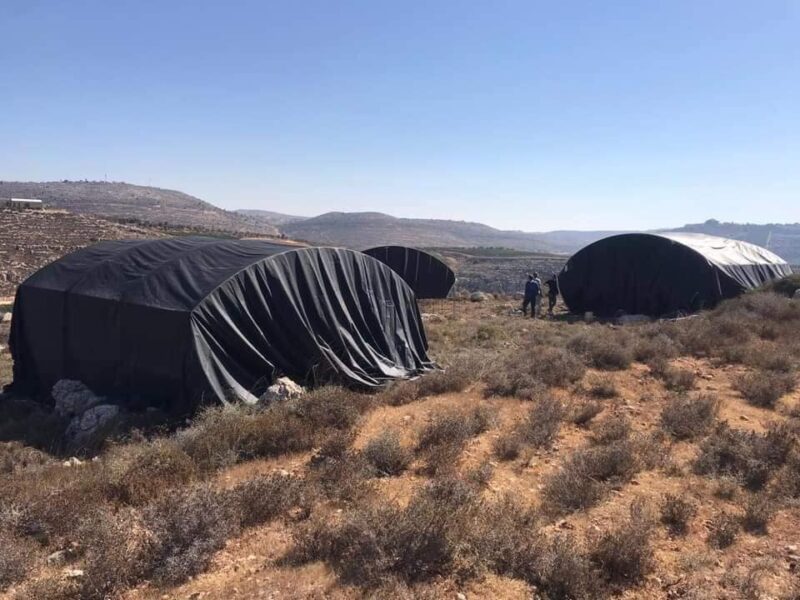 The Israeli army, on Wednesday, delivered demolition orders against 3 Palestinian-owned homes and stop-work orders against 6 others in Nahalin town, west of Bethlehem, in the southern occupied West Bank, the Palestinian Information Center reported.

Nahalin mayor, Subhi Zaidan, said the Israeli army notified 3 locals of its plan to demolish their homes and 2 received demolition notices against their retaining walls.

The army also handed stop-work orders to the owners of six under construction homes.

The Israeli authorities annexed 525 dunams (130 acres) of Palestinian-owned lands in Nahalin town, registering it as property of the Jewish National Fund.

Israeli occupation courts rejected all documents filed by Palestinian locals proving their ownership of the annexed area. The land will be utilized for the expansion of the Gush Etzion settlements south of Bethlehem.

Illegal Israeli settlers, Thursday, set up a new illegal outpost on land belonging to the village of Obwein, north of Ramallah, in the central West Bank, according to a local official.

Hamad noted that the land belongs to the local Palestinian residents, who can produce official deeds proving ownership.