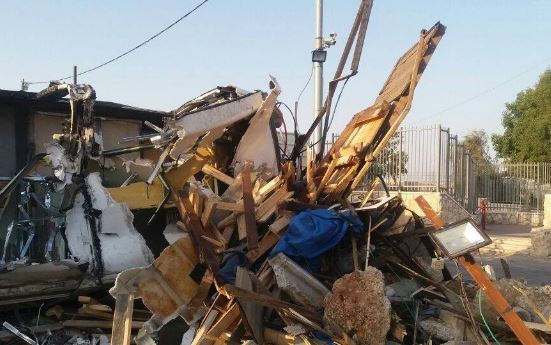 Israeli Bulldozers demolished, Wednesday, four temporary structures installed on five Dunams of Palestinian lands in Jabal al-Mokabber area, in occupied East Jerusalem, allegedly for being set up without a permit from the city council.

The Jerusalem City Council claims that the eight structures were used for “selling construction materials,” and that the demolition is “part of implementing the construction law” in Jabal al-Mokabber.

The Israeli attack is part of a campaign that would lead to the demolition of many buildings and structures, installed in what Israel calls “open areas.”

It is also part of the tax campaign “Arnona” imposed on all residents of occupied Jerusalem, consisting of very high payments that the Palestinians cannot afford, and subsequently suffer high compounding interest and debts.

On Tuesday, the City Council in occupied Jerusalem demolished five temporary barns that were installed on 1.5 Dunams (0.37 Acres) of Palestinian lands, in Jabal al-Mokabber.