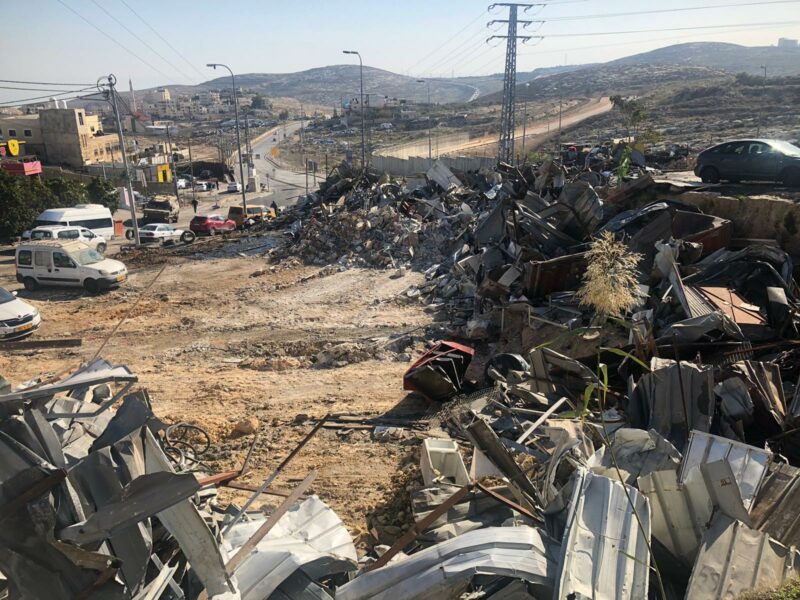 Israeli forces destroyed, on Monday, ten Palestinian-owned structures in Hizma town, north of occupied Jerusalem in the West Bank, according to local sources.

Occupation authorities justified the demolition under the pretext of being located in Area C, under full Israeli military and administrative control.

The demolished car repair facilities were the only means for Palestinians to make a living by providing a service to residents.

Khatib added that the heavy machinery destroyed all the equipment inside the buildings, causing thousands of dollars in losses.

Hizma town is isolated by the separation barrier and four Israeli settlements, namely Neve Yaakov and Pisgat Ze’ev, Geva Binyamin and Almon, all of which are illegal under international law.