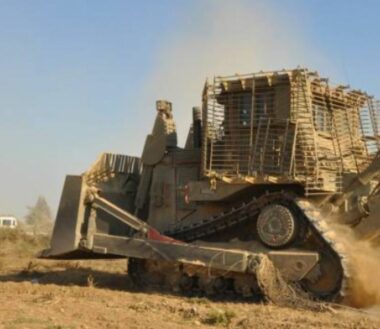 Sources said that five bulldozers, 2 graters infiltrated into Palestinian territory, across the so-called security fence, while military tanks were situated along the fence to provide cover for the invading machines.

The Israeli occupation has maintained a brutal air, land and sea blockade on the tiny coastal enclave for the past 15 years, in addition to launching 4 major military offensives against the more than two million inhabitants.

The military frequently invades Palestinian-owned farm land, opens fire on farmers, and the Navy harasses fishermen while they attempt to fish in the Mediterranean sea.