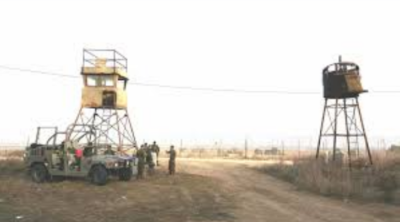 The Israeli government approved on Sunday the construction of a new colonial settlement to be built atop the ruins of a Palestinian village whose residents were displaced fifty years ago and forced into refugee camps (where they remain today).

Israeli Prime Minister Binyamin Netanyahu called the approval “great news”, and pledged that the Israeli government would provide a million shekels toward the construction of the new colony.

This is the first time in several years that Israeli authorities have approved a new settlement in the area around the Gaza Strip, as the Palestinian resistance in Gaza frequently targets the neighboring Israeli settlements when responding to Israeli attacks on the Gaza Strip. Most of the massive increase in Israeli colonial settlements recently have taken place in the West Bank, including East Jerusalem, where tens of thousands of new units have been constructed on stolen Palestinian land in recent years.

The new colony will be constructed in the ‘Sha’ar HaNegev’ settlement complex, which was constructed on land stolen from the indigenous Palestinian inhabitants, who were forcibly displaced — many of them into the Gaza Strip, where they remain, imprisoned by Israeli authorities on both the land and sea borders.

The ‘Sha’ar HaNegev’ complex is home to a military base and kibbutz called Nahal Oz. In 2014, during the massive Israeli invasion of Gaza which killed over 1200 people, mainly civilians, five Israeli soldiers were killed when Palestinian fighters from the Qassam Brigades, the military wing of Hamas, managed to infiltrate the military base through an underground tunnel.

This incident took place after seven years of deadly siege warfare inflicted by Israeli authorities upon the people of Gaza. According to the Electronic Intifada, Gaza was “cut off from the world in 2007 by a siege enforced by both Israel and Egypt, Palestinians dug tunnels to survive, giving rise to a sophisticated network of underground passageways that provided an isolated population with access to basic everyday items denied to them by the blockade. Israel’s blockade transformed Gaza into a giant ghetto surrounded by electrified fences, surveillance drones, remote-controlled machine guns and navy gunboats. A portion of the tunnels took on a military purpose crucial to armed resistance.”

According to a report by Human Rights Watch earlier this year, the expansion of Israeli development on formerly Palestinian land is a common practice by the Israeli government. According to the HRW report, “the Israeli state directly controls 93 percent of the land in the country of Israel, including occupied East Jerusalem. A government agency, the Israel Land Authority (ILA), manages and allocates these state lands. Almost half the members of its governing body belong to the Jewish National Fund (JNF), whose explicit mandate is to develop and lease land for Jews and not any other segment of the population. The fund owns 13 percent of Israel’s land, which the state is mandated to use ‘for the purpose of settling Jews.'”

According to the Israeli daily Yediot Ahronoth, the Israeli government plans to transfer 500 Israeli civilian families into the settlement, which they plan to name “Hanun”. Transferring civilian populations onto land seized and occupied by military force is a direct violation of the Fourth Geneva Convention, and the internationally-recognized obligations of an occupying power.

Israel has repeatedly violated its obligations under the Fourth Geneva Convention, without consequences.