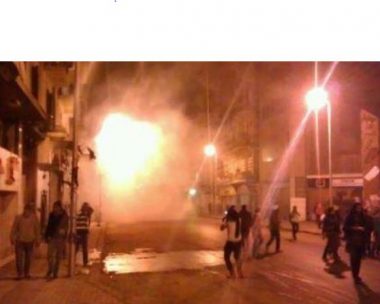 Israeli soldiers shot, on Monday at night, two young Palestinian men in Burin village, south of the northern West bank city of Nablus, after a group of extremist colonizers invaded the village and attacked homes.

Locals tried to force the assailants out of their community, before several army jeeps invaded the town, and the soldiers fired live rounds and rubber-coated bullets at the Palestinians, who protested the invasion and assault.

Medical sources said the soldiers shot one Palestinian with a live round in his neck, and another with a rubber-coated steel bullet in the chest, before they were rushed hospitals in Nablus.