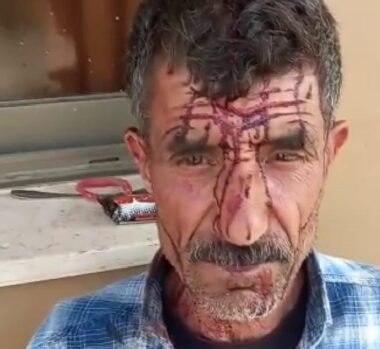 A number of illegal Israeli colonists attacked, Thursday, a Palestinian shepherd while herding his sheep near his home in Khirbat Mrayha village, southwest of the northern West Bank city of Jenin.

The colonists came from the illegal Mabo Dothan illegal colony, which was built on stolen Palestinian lands.

The injured shepherd, Ibrahim Nayef Hamdoun, 66, suffered various lacerations and bruises to the face and head, along with other parts of his body, before he was moved to Khalil Suleiman governmental hospital, in Jenin.

He said that he was herding his sheep on his own land near the illegal colony when he was assaulted.

The colonists frequently assault farmers and shepherds in the area amidst the ongoing attempts to force the Palestinians out of their lands.