Soldiers Abduct A Palestinian Instantly After His Release From Prison 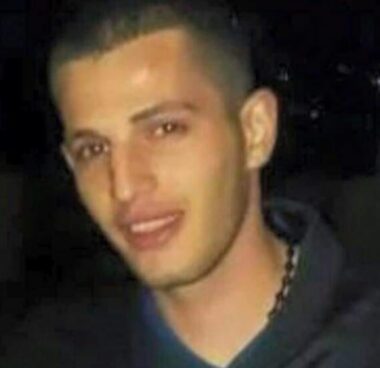 Israeli soldiers abducted, Thursday, a Palestinian political prisoner from occupied Jerusalem, instantly after his release from prison after he spent close to seven years in prison.

Media sources said the soldiers abducted Khalil Marwan Jayyousi, 27, from the at-Tour town, east of Jerusalem, just as he stepped out of the gate of the Negev detention camp.

The Palestinian was then moved to the al-Maskobiyya detention center and interrogation facility in Jerusalem.

They added that al-Jayyousi was first abducted on September 1st, 2014, for being a member of the Fateh movement, in addition to allegedly hurling Molotov cocktails at the army during protests.