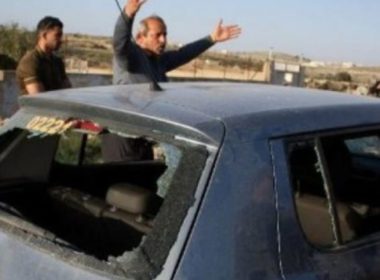 He added that the colonists also attacked several Palestinian shops in the same area, before fleeing the scene.

The attack is one of the numerous similar violations targeting the Palestinians and their properties in that area, as well as ongoing and escalating violation against homes, lands and holy sites in several parts of the occupied West Bank, including the occupied Palestinian capital, Jerusalem.

All of Israel’s colonies, including those in and around occupied East Jerusalem, are illegal under International Law, along with various United Nations and Security Council resolutions, in addition to the Fourth Geneva Convention to which Israel is a signatory and a constant violator.