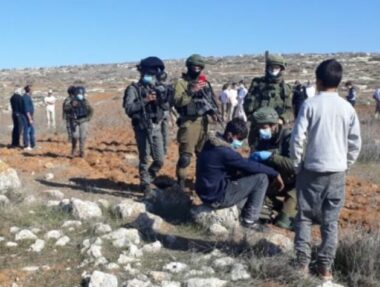 Local sources said the colonists attacked the homes, and tried to invade them, before the locals intercepted them.

They added that the colonists fled the area after the Palestinians foiled their assault.

It is worth mentioning that, on Thursday at night, the colonists attacked a modified cave which is being used as a residence by a Palestinian Bedouin family in the community and displaced them.

Hours later, the Israeli police arrived at the scene and removed the colonists.

In related news, Israeli soldiers abducted a teenage boy, identified as Raja’e Shafiq Rajabi, 17, from his family’s home in Hebron city, after the army stormed the property and searched it.