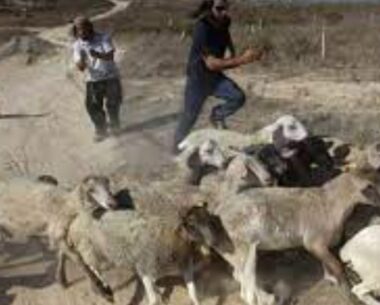 Fuad al-‘Amour, the coordinator of the Protection and Steadfastness Committees, said the colonists came from the illegal Ma’on outpost, which was installed on Palestinian lands.

He added that the colonists assaulted several shepherds, and hurled stones at them, before forcing them out of the grazing area.

The colonists frequently attack farmers and shepherds in the area as part of the constant attempt to remove the Palestinians from their lands for the benefit of constructing and expanding the colonies.

Israel’s colonies in the West Bank, including those in and around occupied East Jerusalem, are illegal under International Law, the Fourth Geneva Convention to which Israel is a signatory and a constant violator, in addition to various United Nations resolutions.