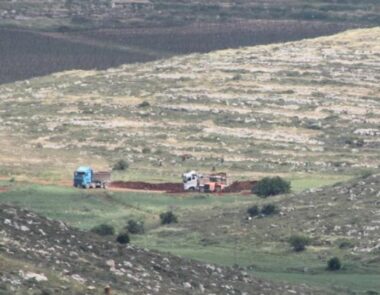 He said the lands were planted with wheat and stated that the colonists also stole large amounts of fertile red soil from them.