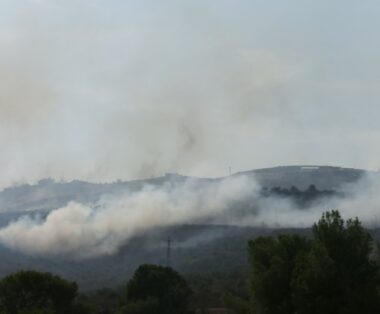 Daghlas added that the colonists burnt dozens of olive trees, in addition to many bales of hay.

He also stated that dozens of residents rushed to their lands, but the soldiers stopped them, an issue that resulted in more losses.