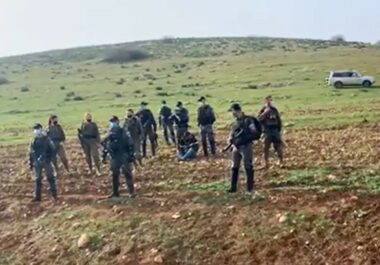 Mo’taz Bisharat, a Palestinian official who monitors Israel’s colonialist activities in the Northern Plains, several army jeeps invaded the village and started photographing residential tents, and sheds, which were rebuilt by the Palestinians after the army recently demolished them.

It is worth mentioning that the Bedouin village was demolished six times in the last few months of the year 2020, and in early 2021, displacing 85 Palestinian, including 25 children, and is subject to constant invasions and violations, as the army does not recognize dozens of communities in the Northern Plains.