Palestinian Family Near Jerusalem Forced to Demolish Their Home 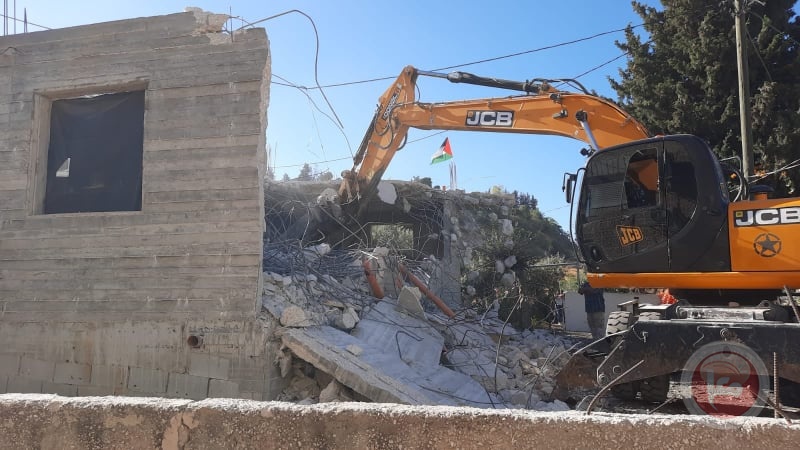 On Sunday, the Israeli municipal government forced the Darwish family to demolish their home in the town of al-Isawiya , near Jerusalem.

The Israeli municipal government with their own hands, with the claim that the family constructed the home without a permit.

Mohammad Abu al-Hummus, a member of the Palestinian popular committee in al-Isawiya , told a reporter with the Ma’an News Agency that the family was informed that if they did not hire a bulldozer to demolish their home by the end of Sunday, then the Israeli military would demolish it on Monday, and impose a significant fine on the family.

The fine would include the “demolition fee for the municipality’s crews, workers, mechanisms and accompanying forces” that the Israeli military planned to send to force the demolition.

Abu al-Hummus told the reporter that he had attempted to get the municipality to revoke their demolition order, but was unsuccessful in doing so.

He said that the Israeli municipal government has stepped up demolitions of Palestinian homes in the Jerusalem area in the past two months, particularly in the al-Isawiya , Silwan and Jabal al-Mukaber areas. All of these are areas that have been identified in the Israeli government’s ‘E1 Jerusalem’ plan as areas that they plan to depopulate of their Palestinian residents in order to construct Jewish-only settlements.

The municipality government has also stepped up demolitions of Palestinian homes and businesses in the Old City and other neighborhoods in Jerusalem.