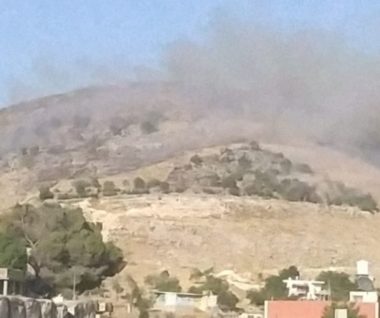 Media sources said the colonists came from the illegal Ronim outpost, and burnt agricultural lands in the eastern area of the village, setting fields and trees ablaze.

They added that Israeli soldiers arrived in the area, and started firing gas bombs and concussion grenades at the Palestinians, who were trying to remove the colonists and extinguish the fire.

There have been no immediate reports of injuries or arrests among the Palestinians.

The attack is part of frequent Israeli violations against the Palestinians, their homes and lands, and their holy sites across the occupied West Bank, including in and around occupied East Jerusalem.

Israel’s colonies in the West Bank, including those in and around occupied East Jerusalem, are illegal under International Law, the Fourth Geneva Convention, in addition to various United Nations and Security Council resolutions.