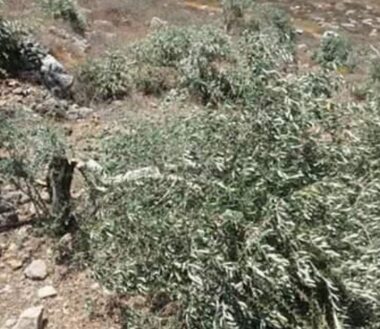 They added that the colonists also stole farming equipment and machines, owned by a local farmer, identified as Yousef Sabra.

The attack is part of ongoing and escalating violations by the illegal colonists, squatting on Palestinian lands in direct violation of International Law and the Fourth Geneva Convention.

It is worth mentioning that more than 700.000 Israeli colonists live in the illegal colonies, built on stolen Palestinian lands in the West Bank, including the occupied capital, East Jerusalem.