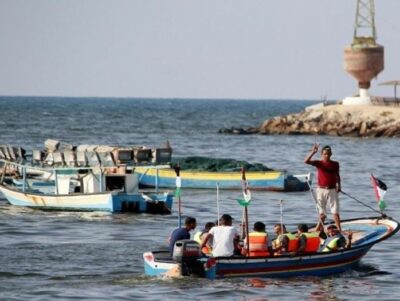 Media sources said the navy ships fired many live rounds at the Palestinian fishing boats, in addition to using the high-powered cater cannon against them, near Khan Younis, in the southern Gaza Strip.

They added that at least one boat sustained damage in the attack that took place less than six nautical miles from the Gaza shore.

The attacks are part of the constant violations against the Palestinian fishermen, farmers, and workers in several parts of the coastal region.