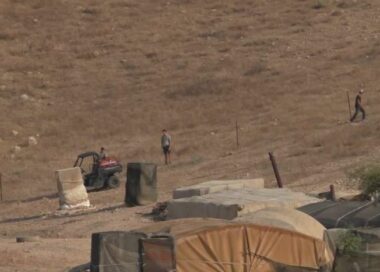 Many fanatic illegal Israeli colonists invaded, Sunday, Palestinian lands in Khirbet Ehmayyir village, in the Northern Plains of the occupied West Bank, and started fencing them.

He added that, after invading and installing an outpost on the Palestinian lands, the colonists started planting olive trees and installing infrastructure.

In related news, the Israeli government and its so-called “Civil Administration Office,” the executive branch of its illegal occupation, has approved the construction of hundreds of new units in an illegal colony, south of Bethlehem, south of occupied Jerusalem, in the West Bank.