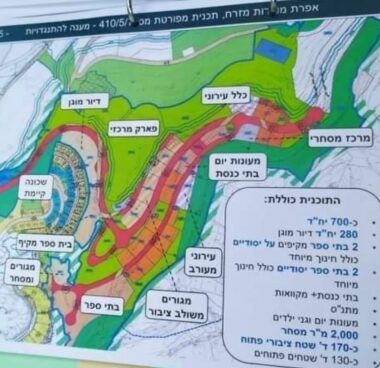 The Israeli government and its so-called “Civil Administration Office,” the executive branch of its illegal occupation, has approved the construction of hundreds of new units in an illegal colony, south of Bethlehem, south of occupied Jerusalem, in the West Bank.

Hasan Breijiyya, the head of the Bethlehem office of the “Wall and Colonization Resistance Commission,” has reported that Israel approved the construction of 980 units in the Efrat illegal colony, which was built on stolen Palestinian lands.

He added that the approval was made by the Civil Administration Office and the Israeli Housing Ministry.

Breijiyya also stated that the new construction would lead to the illegal confiscation of large areas of privately owned Palestinian farmlands, the only sources of livelihood to many families.

The official added that the new units are part of the ongoing Israeli moves to implement its illegal annexation of large areas of the occupied West Bank.