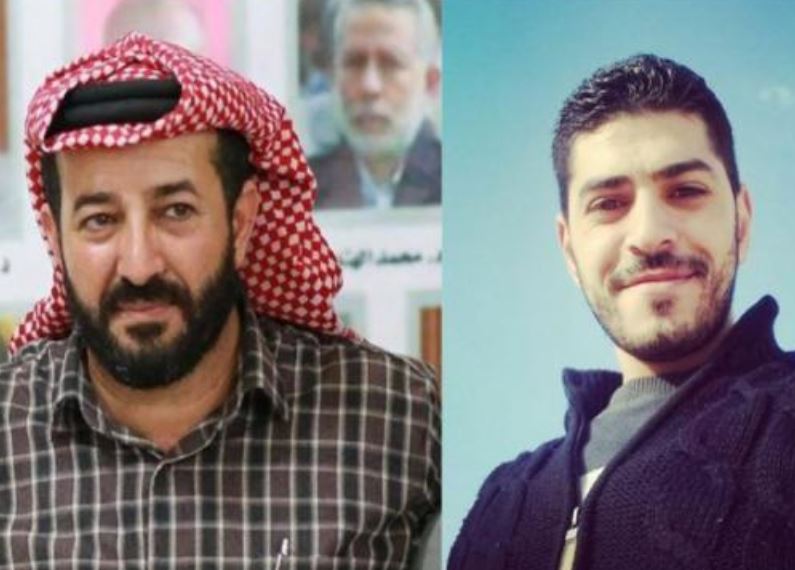 The Palestinian Detainees Committee has reported that two hunger-striking detainees in Israeli prisons are facing serious health conditions and complications, but are ongoing with their strikes, demanding an end to their arbitrary Administrative Detention orders, without charges or trial.

The Committee stated that the two detainees remain held under exceedingly difficult conditions and are facing escalating violations by the soldiers to force them to end their strike.

On Sunday, the Committee said that Maher al-Akhras, 49, from Sielet ath-Thaher, south of the northern West Bank city of Jenin, started the hunger strike on July 27th, 2020, and was recently moved to Kaplan Israeli Medical Center, after suffering a serious health deterioration.

The detainee has various issues and complications in his heart and abdomen, in addition to being constantly dizzy, and he has frequent migraines and lost more than twenty kilograms of weight.

On August 12, the Ofer Israeli military court decided to keep him under administrative detention after alleging obtaining a secret file against him, a file that is neither accessible to the detainees nor their lawyers.

The detainee is held in a solitary confinement cell in Eshil Israeli prison and is currently facing numerous health issues, including serious difficulties in speaking, and moving.

His father stated that, although his son is facing a serious health condition, he is determined to continue his strike, to achieve his liberty.

“It is our responsibility as Palestinians, and as human beings who believe to justice and liberty, to support the detainees, to support their struggle and their justified basic demands,” he added.