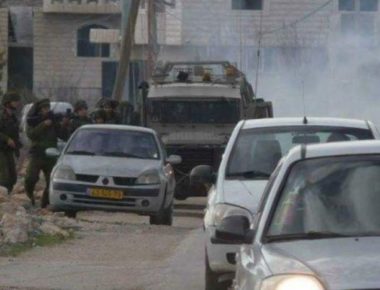 A group of illegal Israeli colonialist settlers hurled, Friday, Molotov cocktails at Palestinian, near the northern West Bank city of Nablus, on the Jenin-Nablus road.

Ghassan Daghlas, a Palestinian official who monitors Israel’s illegal colonialist activities in northern West Bank, said the colonists targeted many cars, but the Molotov cocktails exploded in front of their cars without directly hitting them.

He added that the illegal colonialists also hurled stones at Palestinian cars, in various attacks, which started on Thursday evening until Friday morning.

The attacks took place near the Homesh evacuated colony, and close to Shave Shomron illegal colony.

Israel’s colonies in the West Bank, including in and around occupied East Jerusalem, are illegal under International Law and the Fourth Geneva Convention.