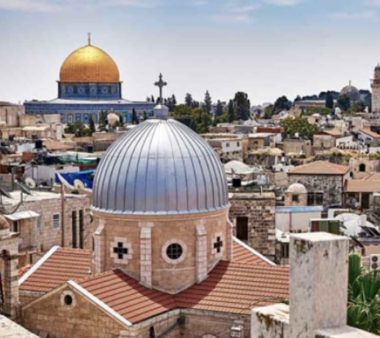 Netanyahu’s statements came after Bolsonaro stated, shortly after his election, that he is fulfilling his campaign promises to move the embassy to Jerusalem.

Bolsonaro said, “Israel is a sovereign state, and we shall duly respect that,” adding that he will move his country’s embassy to occupied Jerusalem, to be the third country after the United States and Guatemala.

It is worth mentioning that Paraguay briefly moved its embassy to occupied Jerusalem, but moved it back to Tel Aviv after the election of its new president, Mario Abdo Benitez.

Responding to a question by the right-wing Israel Hayum (Israel Today), Bolsonaro stated that “Israel should decide where its capital is.”

An official at Netanyahu’s office told France Press that “Netanyahu will most likely attend the inauguration of the Brazilian president-elect in January.”

Israel occupied East Jerusalem is 1967, and 1980 it passed the “Jerusalem Law,” declaring Jerusalem as its unified and eternal capital, before the United Nations Security Council adopted, on August 20, 1980, resolution #478, which was one of seven resolutions condemning the illegal Israeli annexation of occupied East Jerusalem, particularly its declaration of the city as the “complete and united capital,” in direct violation of International Law.

It is worth mentioning that U.S. President Donald Trump recognized Jerusalem as the united capital of Israel on December 6th, 2017, and moved embassy to occupied Jerusalem on May 14th; both Guatemala and Panama declared similar moves, but Panama later decided against the move.

It is worth mentioning that the United Nations General Assembly voted, in December of last year, in favor of a non-binding resolution, declaring Trump’s decision and his recognition of Jerusalem as the united capital of Israel, as “null and void.”
128 countries voted for the resolution; nine countries voted against it, while 35 countries absented from the vote after Trump threatened to cut U.S. aid to countries that vote “yes.”