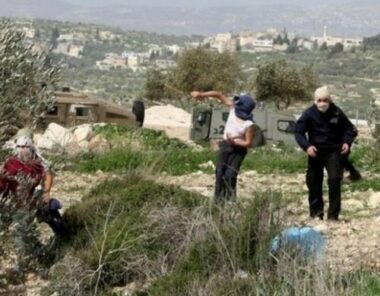 A Palestinian shepherd was injured, Monday, after illegal Israeli colonialist settlers attacked him in Far’ata village, east of Qalqilia, in northern West Bank.

Daghlas added that the shepherd was herding his sheep on his land, in Far’ata, when the colonists assaulted him.

Palestinian medics were called to the scene and rushed the man to a hospital for treatment.