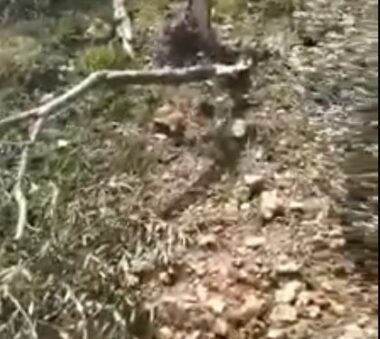 He added that the colonists uprooted the saplings and stole them from the Shu’ab al-Kharab area, in Qusra.

In related news, the Palestinians of Burqa village, north of Nablus, managed to intercept and fend off an attack by illegal colonists who invaded the outskirts of the village and tried to advance to its center, but the residents gathered in large numbers and forced them to leave.

In addition, the colonists hurled stones at Palestinian cars on the Ramallah-Nablus roads, and Qalqilia-Nablus road.