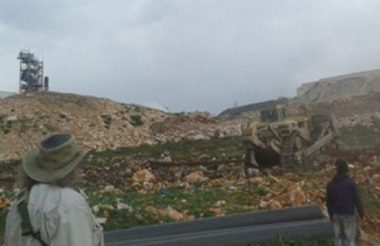 A group of extremist Israeli colonists, illegal living on Palestinian lands in the occupied West Bank, uprooted more than approximately 500 Dunams of Palestinian lands, in Orif village, south of the northern West Bank city of Nablus.

The Israeli assailants came from the illegal Yitzhar colony, and uprooted 500 Dunams (123.5 Acres) in Masahel area, in ‘Orif.

The lands are privately owned by many Palestinian families, including al-Asmar, Dar Khalil and Dar Jaber.

It is part of ongoing g assaults targeting the Palestinians and their lands in several parts of the West Bank.

Such attacks include uprooting farmlands and orchards, burning them, especially olive trees, in addition to flooding them with sewage.