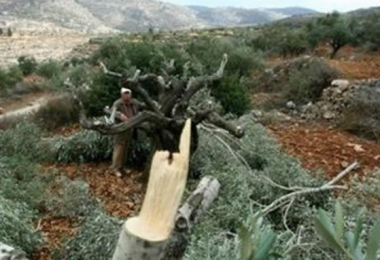 They added that the attackers uprooted the olive saplings, and fled the area, heading back to their illegal colony.

In related news, the Israeli police said it apprehended three colonist settlers who assaulted officers, and members of the Border Guard Units, who were part of a force that headed to Yitzhar to demolish an illegal structure.