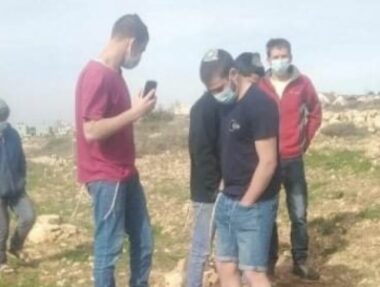 A group of fanatic illegal Israeli colonists uprooted, Tuesday, dozens of olive trees and grapevines owned by Palestinians from Beit Ummar and Halhoul towns, near Hebron, in the southern part of the occupied West Bank.

He stated that the lands, owned by Mohmmad Eid Abu Sneina, are southwest of the illegal Karmie Tzur colony, which was built on stolen Palestinian lands.

“As if it wasn’t enough the colonists uprooted the lands; they also attempted to attack the owner when he tried to stop him,” Awad added, “Israeli soldiers were present from the beginning, and only removed the assailants after they uprooted the trees.”