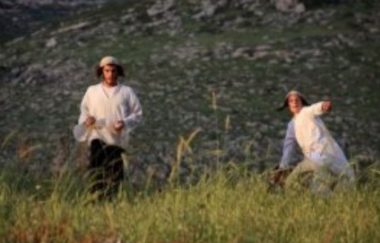 Ahmad Salah, the coordinator of the Popular Committee against the Annexation Wall and Colonies in al-Khader, said the attack targeted agricultural lands, owned by Mohammad Abdul-Salam Salah, and his family.

Salah added that the attacked vineyard is located in Ein al-Qassis area, in the western part of al-Khader.

He also stated that a similar attack was carried out against the same vineyard just three months ago, when the colonists uprooted and stole 500 vines, in addition to stealing fences and iron bars.