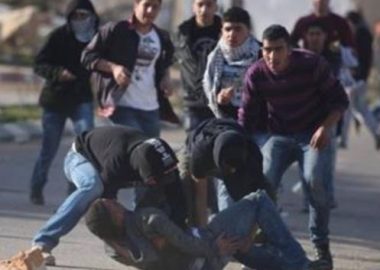 Eight Palestinians were injured, and fourteen others suffered the effects of teargas inhalation, Sunday, after Israeli soldiers invaded the northern area of Jericho city, in the occupied West Bank, clashed with local youths, abducted two residents, and damaged the windshield of an ambulance.

The Palestinian Red Crescent Society (PRCS) in Jericho said eight Palestinians were shot with rubber-coated steel bullets, and were moved to a local hospital.

It added that its medics also provided treatment to at least 14 other Palestinians, who suffered the severe effects of teargas inhalation.

Media sources in Jericho stated that the soldiers also abducted two young Palestinian men, and took them to an unknown destination.