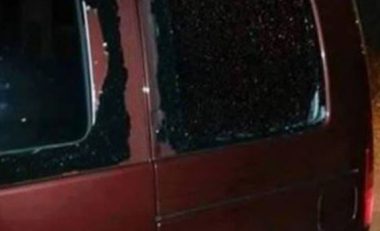 A number of extremist Israeli colonists attacked, on Sunday evening, many Palestinian homes in Burin village, south of the northern West Bank city of Nablus, wounding one Palestinians, and smashed the side windows of a car belonging to a local human rights defender.

The colonists also attacked many Palestinians, wounding Monir Qadous, and smashed the side windows of a local nonviolent activist, identified as Zakariyya Sidda.

Daghlas added that several Israeli military jeeps invaded the village, before the soldiers clashed with local youngsters, and fired concussion grenades and gas bombs, causing many residents to suffer the effects of teargas inhalation.