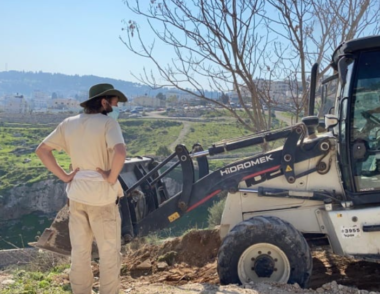 Ahmad Ghazal, the deputy mayor of Kisan Village, said the colonists came from the Abie Hanahal outpost, which was installed on stolen Palestinian lands.

Ghazal added that the colonists started uprooting and bulldozing Palestinian lands close to their illegal colony, in preparation for constructing twenty new units.

The official stated that the so-called “Civil Administration Office,” the administrative branch of Israel’s illegal occupation of Palestine, has informed the Village Council of Israel’s intention to build the new outposts.

It is worth mentioning that Israeli soldiers and colonialist settlers have recently escalated their violations against the Palestinians and their lands, including assaulting shepherds and preventing the residents from entering or even approaching their lands.