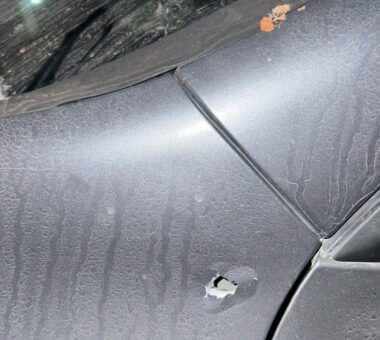 Israeli sources have reported that one colonizer was mildly injured in shooting targeting two cars near Huwwara town, south of Nablus, in the northern part of the occupied West Bank.

The sources said one colonizer suffered mild wounds in one of his ears after the bullets broke the car’s windows.

The soldiers also closed the Za’tara military roadblock south of Nablus before searching dozens of cars and forcing the Palestinians to leave.

They also set up roadblocks in many surrounding areas, after isolating them.

Also, Israeli soldiers and illegal colonizers injured six Palestinians, including one who was shot and damaged five cars, in Sinjil town, north of the central West Bank city of Ramallah.