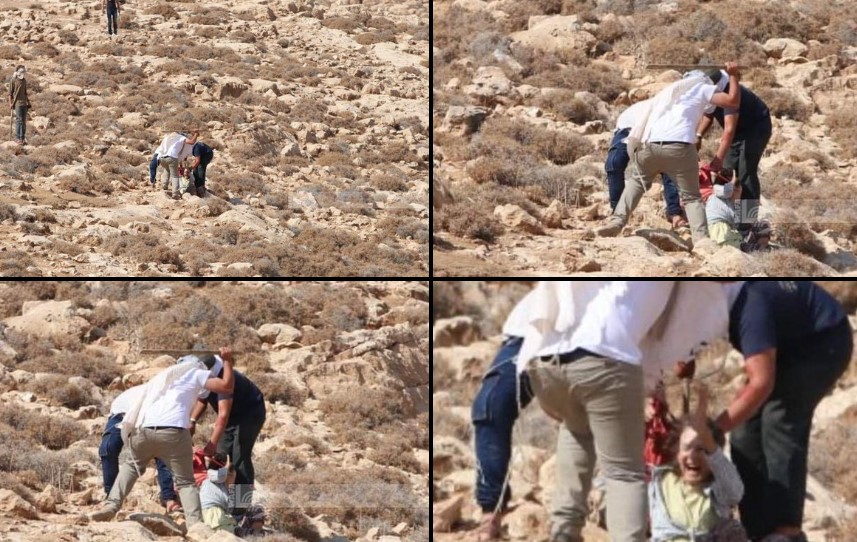 The olive orchard owner, Ibrahim Obeyyat, said the colonizers invaded his land and assaulted the locals and the international peace activists who came to help in picking the olive trees, especially since the area is subject to constant Israeli violations.

Obeyyat added that the international peace activist was stabbed in the back and suffered a fracture in her leg after the colonizers struck her with an iron bar.

He stated that the colonizers also uprooted at least 300 olive saplings and sprayed many olive trees with chemicals in his 90 Dunam olive orchard.

The colonizers repeatedly target Kisan, its farmers, and lands, and have stolen agricultural supplies, uprooted trees, and frequently attack the farmers and the shepherds.