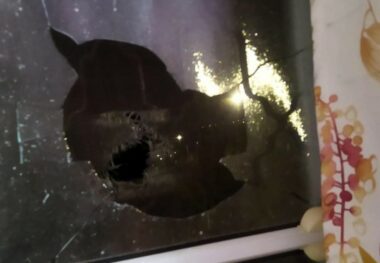 Media sources said the colonizers attacked a two-story home while the family was sleeping, causing excessive damage, and tried to invade the property.

They added that the neighbors rushed to the family’s aid and managed to chase the Israeli assailants away.

On Saturday evening, many illegal Israeli colonizers gathered at bypass road #60, east of Hebron, and tried to invade a Palestinian home, owned by Younis Aqel, in addition to hurling stones at Palestinian cars.

The colonizers also gathered around the Ibrahimi Mosque in Hebron city, and hurled stones at homes and cars.