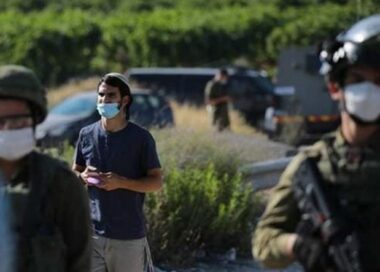 On Tuesday, illegal Israeli colonizers attacked a Palestinian man in the Al-Minya village, south of Bethlehem in the occupied West Bank, and tried to damage his car.

Kawazba added that the colonizers also tried to cause damage to Ayman’s car, but they fled the scene when other villagers saw them and intercepted their attack.

Many colonizers also near the Al-Minya Secondary Schools on the main road leading to the Wad Sa’ir area.

It is worth mentioning that, over the past several days, the colonizers often attacked the residents, their homes, and their cars.