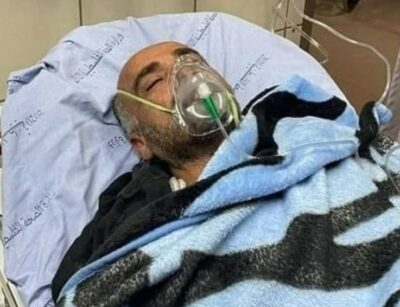 He added that the injured man was rushed to a Palestinian hospital for treatment, after suffering various cuts and bruises.

Furthermore, Israeli colonizers attacked and injured three Palestinians while working on their lands in the Wadi Qana area, in Deir Istiya town, west of Salfit in the central West Bank.

Two of the Palestinians have been identified as Mohammad Rayyan and Yassin Rayyan, from Qarawat Bani Hassan town.

Many farmers, who were working on their lands in the area, rushed to the aid of the Palestinians and managed to force the colonizers away.

In related news, dozens of Israeli colonizers attacked many Palestinian cars on the Nablus-Jenin Road, close to the location of the dismantled Homesh illegal colony, causing considerable damage.