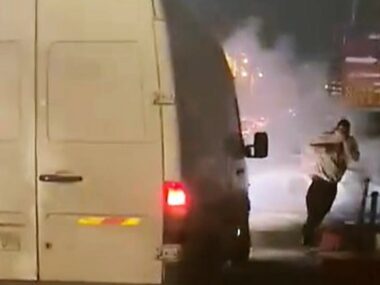 Daghlas added that the colonizers injured one Palestinian after strowing a rock at him and caused damage to many cars.

He also said that the injured Palestinian suffered the effects of tear gas inhalation when Israeli soldiers invaded the town and fired gas bombs and concussion grenades at the Palestinians who intercepted the colonizer’s invasion and assault.

On Friday, an Israeli soldier killed a young Palestinian man after dropping him to the ground and firing four live rounds at him in Huwwara.

The soldier then approached the Palestinian, Ammar Hamdi Mifleh, 22, fired another round at him and executed the young man, although he posed no threat.