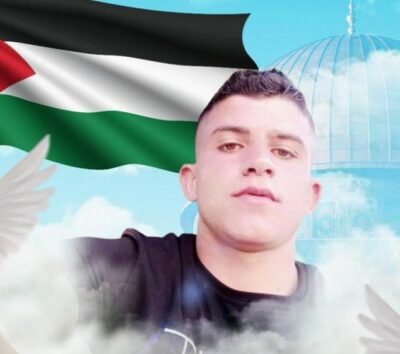 On Friday, an Israeli soldier killed a young Palestinian man after dropping him to the ground in Huwwara town, south of Nablus, in the northern part of the occupied West Bank.

The Palestinian Health Ministry said the slain young man has been identified as Ammar Hamdi Mifleh, 22, from Osarin village, south of Nablus.

The Health Ministry said the soldiers prevented a Palestinian ambulance and medics from approaching the wounded young man, who succumbed to his wounds before the army took his corpse to an unknown destination.

A Video documenting the Israeli attack shows the soldier wrapping his arm around the young man’s neck and trying to drag him away before two Palestinians tried to intervene and de-escalate the situation.

The young man, who managed to get free from the soldier’s neck hold, wrestled with him for brief seconds before the soldier started removing his pistol out of its holster, his rifle fell in the process, and then he pushed the Palestinian, dropping him to the ground, before firing four rounds at him.

The soldier then approached the Palestinian again and before using his pistol to fire another round in a clear indication he executed the young man although he posed no threat, before picking up his rifle.

The soldier’s life was not in danger, especially since the young man was already on the ground, and he could have subdued him at gunpoint to allow other soldiers to arrest him. 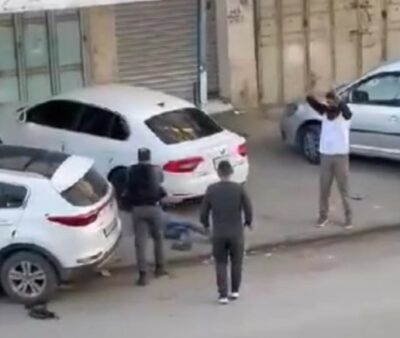 Eyewitnesses said the scuffle was fast and brief and that when the Palestinians seemed to have grabbed the muzzle area of the rifle, he was trying to ensure it wasn’t pointed at him.

The Israeli army claimed a Palestinian “stabbed a police officer in Huwwara” before he was shot by the soldiers, adding that the officer suffered mild wounds.

The allegation cannot be substantiated, while eyewitnesses said the fatal shooting of the young man had nothing to do with the alleged stabbing, 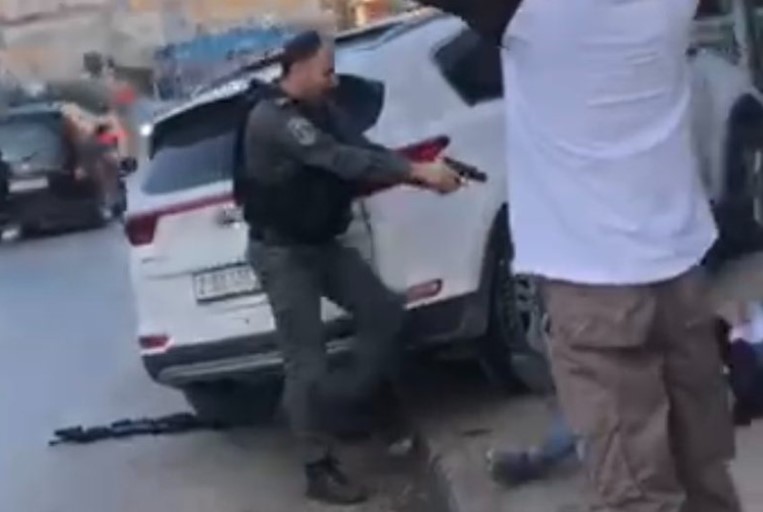 According to the army, “the Palestinian attempted to snatch the weapon from the soldier before his rifle fell” however, even that scenario does not justify firing four life rounds at the Palestinian who was already on the ground and was unarmed.

The young man’s execution led to massive protests in Huwwara before the soldiers shot a young man with a rubber-coated steel bullet and caused dozens to suffer the effects of tear gas inhalation.

The Palestinian Ministry of Foreign Affairs and Expatriates denounced the execution of the young man and described it as “a cold-blooded murder committed by a racist Israeli occupation soldier encouraged by the extremist political and military leadership in Israel.”

It added that Israel’s policies allowing soldiers to use live fire against unarmed Palestinians are all part of the political incitement, hatred, and racism of the Israeli political and military leaderships and the illegal paramilitary colonizers who became a second army occupying Palestine.

The Ministry called on the International Criminal Court and the International Community to end their deadly silence, prosecute the war criminals, and end this illegal, criminal colonialist occupation of Palestine and its seriously escalating crimes.