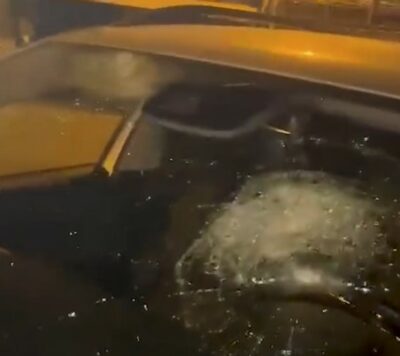 On Saturday evening, illegal Israeli colonizers attacked many Palestinian cars on streets near Huwwara, south of Nablus, in the northern part of the occupied West Bank, and near Bethlehem, south of the occupied capital, Jerusalem.

Daghlas added that the colonizers also gathered on the Huwwara-Qalqilia road and hurled stones at Palestinian cars, causing damage.

In Bethlehem, many colonizers gathered near the Al-Minya village, southeast of the city, and closed the Wadi Sa’ir Road before hurling stones at Palestinian cars, causing damage.