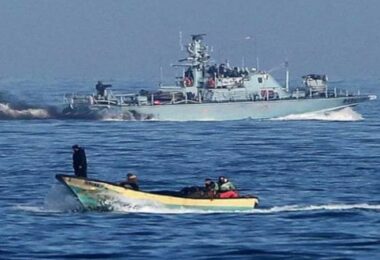 On Saturday, Israeli navy ships attacked Palestinian fishing boats near the shores of the northern parts of the besieged Gaza Strip.

Media sources said the navy fired many live rounds and gas bombs at Palestinian fishing boats in northern Gaza in the Al-Waha and the as-Sudaniyya areas.

They added that the attack led to damage and forced the fishermen to leave and return to shore to avoid further Israeli escalation.

On Thursday dawn, Israeli navy ships attacked a Palestinian fishing boat with live fire and gas bombs before abducting the five Palestinian fishermen, including three siblings, and confiscating the boast.