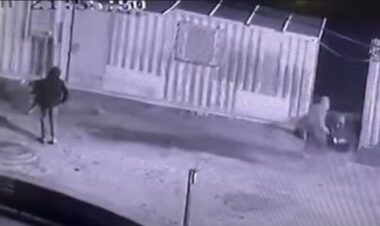 The owner, Hasan Balasma, stated that he was near his barn when the illegal Israeli colonizers infiltrated into the area and assaulted him.

He added that the colonizers pointed their firearms at him and threatened to shoot and kill him if he made any sound or movement.

Balasma stated that the colonizers stole three sheep before leaving the area and added that this is the second attack against him and his property since last week when the colonizers physically assaulted him.

“We are here to stay; this is our ancestral land, our country,” he stated, “We are not leaving no matter what….”