Israeli Forces Demolish the Apartment of Slain Palestinian in Jerusalem 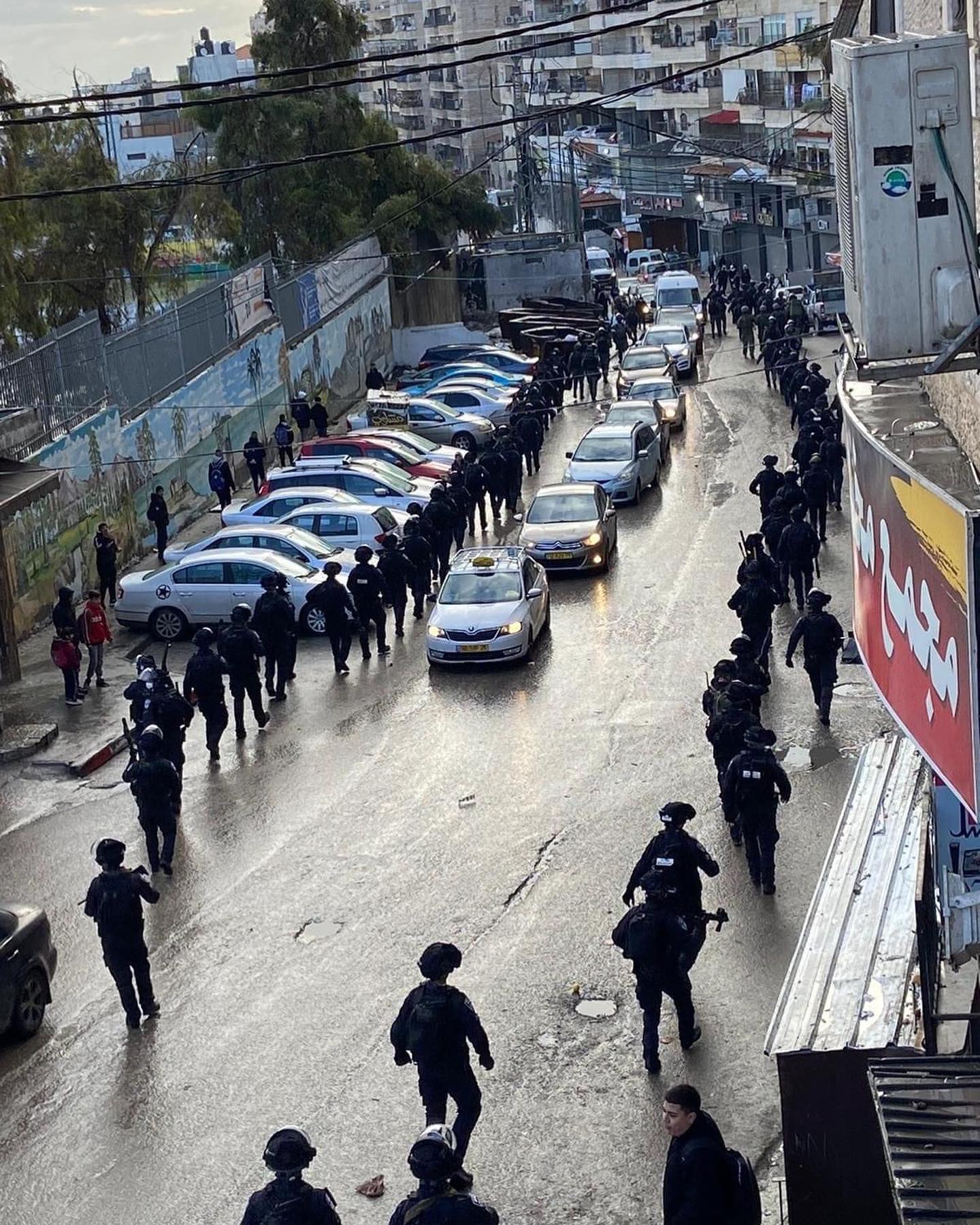 At least 150 Israeli soldiers stormed, on Tuesday, the Shu’fat refugee camp in occupied East Jerusalem, and demolished the family home of Fadi Abu Shkheidem, the Palestinian man who was killed by Israeli forces on November 21, 2021, the Palestinian News & Information Agency (WAFA) reported.

WAFA correspondent stated that the soldiers invaded the camp, detained the slain man’s family on the first floor of the building, and proceeded to demolish the apartment and the car park, despite there being other apartments attached to it.

Local Palestinians confronted the large army force near the home, in rejection of the blatant act of collective punishment by the occupation.

The Shkheidem family attempted to appeal the demolition order, however, it was declined by the Israeli Supreme Court.

Abu Shkheidem, 42, was killed during an exchange of fire with occupation police on November 21, 2021 near the Al-Aqsa Mosque.