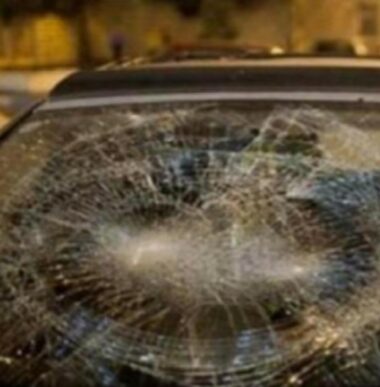 Illegal Israeli colonizers attacked, on Thursday evening, many Palestinian cars on the Jenin-Nablus Road, in the northern part of the occupied West Bank.

Daghlas added that the attacks took place near various towns, especially Sebastia, Burqa, and Bazaria where the colonizers gathered and closed roads.

He also said that Israeli soldiers were extensively deployed in the area, providing protection to the colonizers instead of removing them.

Also on Thursday evening, Israeli soldiers accompanied dozens of colonizers into the archeological area in Sebastia town, after closing various roads and preventing the Palestinians from crossing.