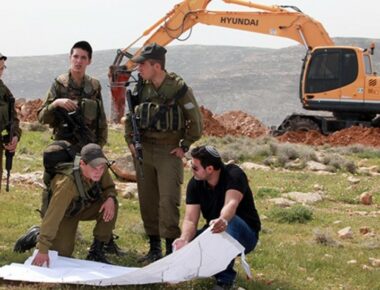 On Tuesday, illegal Israeli colonizers bulldozed private Palestinian lands owned by the residents of Jaloud village, south of Nablus, in the northern part of the occupied West Bank.

Daghlas added that the colonizers bulldozed and uprooted Palestinian lands in the ar-Roos at-Twal area, south of the village, and near the illegal Kida outpost in the al-Habes al-Khafafeesh areas, east of the village.

The colonizers are trying to expand their two illegal outposts by annexing and isolating more Palestinian lands.