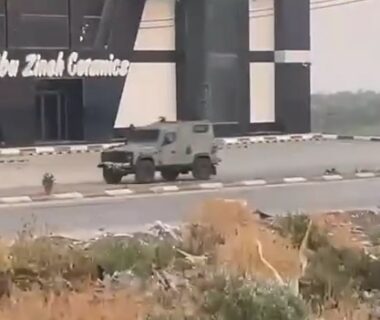 The soldiers also occupied rooftops to use as monitoring towers and sniper posts while military helicopters hovered overhead.

The soldiers abducted a young man, Osaid Turkman, after storming and ransacking his home in the refugee camp.