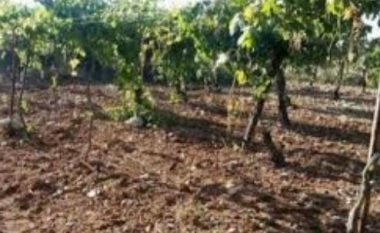 Israeli colonizers invaded, Thursday, Palestinian lands in the al-Khader town, south of the West Bank city of Bethlehem, and cut at least 350 grapevines, near the illegal Daniel colony, built on Palestinian lands.

Ahmad Salah the coordinator of the Popular Committee against the Annexation Wall and Colonies in al-Khader, said the land and grapevines are owned by a local farmer, identified as Islam Ali Jaber.

Salah added that the vineyard is in the ath-Thaghra area, next to the illegal Daniel colony, in al-Khader.

Palestinian lands in the area are subject to repeated similar attacks and violations aimed at the illegal annexation of the lands, in order to build and expand the colony.