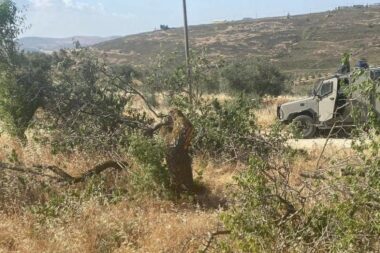 Several Palestinians own the lands, located in an area where the illegal Israeli colonizers live in three illegal outposts.

The lands are in an area that the colonizers illegally occupied for fifteen years before human rights, and legal groups, filed appeals on behalf of the Palestinians and managed to retrieve them.

The lands are about 340 Dunams, owned by several Palestinian farmers, and are subject to constant violations by the illegal colonizers.

In related news, an infant was injured after Israeli Colonizers attacked cars Near Nablus.