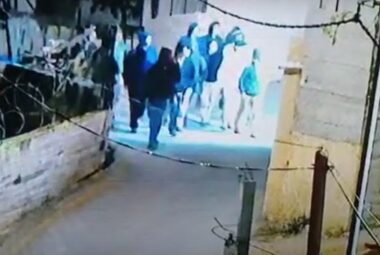 On Friday night, illegal Israeli colonizers caused damage to several parked Palestinian cars while Israeli soldiers caused many Palestinians to suffer the effects of tear gas inhalation, in Hebron, in the southern part of the occupied West Bank.

Abdul-Karim Al-Ja’bari said the colonizers caused damage to several Palestinian cars parked on the street near his home not far from the illegal Kiryat Arba’ colony., in the eastern part of the city.

A surveillance video documented the colonizers invading the area and attacking the Palestinian cars before fleeing.

Also, Israeli soldiers caused many Palestinians, including those in their homes, to suffer the effects of tear gas inhalation after the army attacked protesters at the entrance of the Al-Arroub refugee camp, north of Hebron.