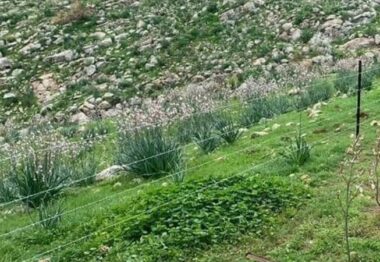 On Sunday, illegal paramilitary Israeli colonizers invaded and fenced Palestinian lands in the Ihmayyer area in Al-Farisiyya in the Northern Plains of the occupied West Bank.

Daraghma added that Al-Farisiyya is subject to escalating violations, including the theft of Palestinian lands.

He said that, in April of the last year, 2022, the colonizers annexed large Palestinian lands and started building a school and other facilities funded by the so-called “Regional Council of Settlements.”

Regional Council of Settlements” started bulldozing Palestinian lands near the resident’s tents and sheds, while the army also started confiscating agricultural tractors and tools to force the Palestinians out.